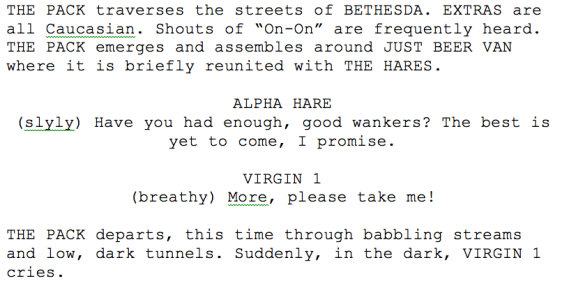 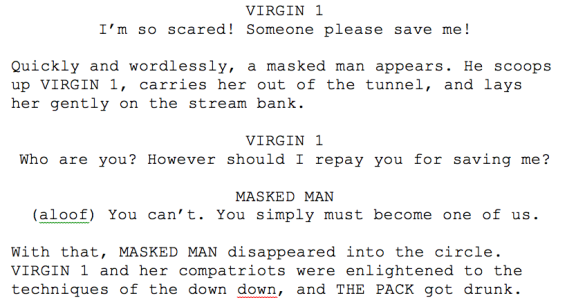 What happens next in the tale of our virgin? Oh, you’ll just have to wait two years and pay another $14 dollars to find out, because none of these goddamn movies has an ending and they just set up fucking sequels.

Written by the team of contributors to VIOLATIONS!!

And speaking of, we had a NAMING!!

Just Brian is an international man of intrigue. He lived in Greece and fucked up their economy, he was briefly kidnapped in Egypt, and is off to the Bagdad soon to promote world peace through beer. He was familiar with parking decks, where cops had previously interrupted his trysts with questionably young-looking women, and he was familiar with the sands of the Middle East since he once received a blow-job described as “feeling like sandpaper.” Despite this excitement, his storytelling was a bit lackluster. A few names were suggested including “Foreign Cervix,” “Why So Serious?,” and “Meso-po-lamia,” but because this world adventurer failed to show much personality, he’ll henceforth be known as The Boring Identity!

On- Hollywood calls -On
Red, White, and Poo