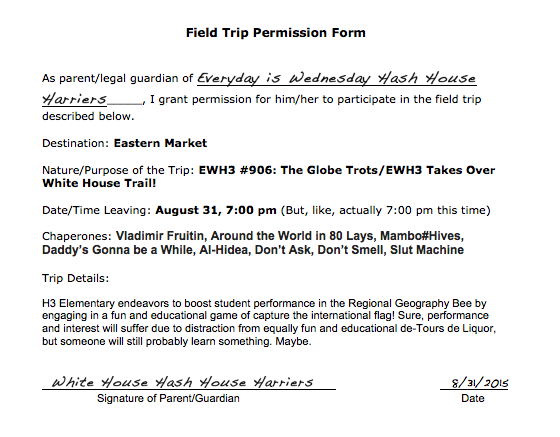 ‘Twas a rare Monday edition of EWH3 but I think we showed our mother hash that we can still be a rowdy group of drunks. EWH3 and WH4 exchanged customs for make benefit glorious nation of Hash-ghanistan. Education and intoxications were the goals, and hey, one outa two ain’t bad.

This week’s stupidity took on an international flare:

We quickly ran out of beer, but fortunately the short bus took us right to Trusty’s! All and all, the EHW3 takeover was a minor success, but it seems doubtful we’ll be invited back.