Trail was complicated with a lot of back checks.  What a shitty trail (see what the hares did there?)

In all of that, you wankers did some stupid shit.  And here’s a sampling!

Tragic was violated for his stylish outfit in several ways:

Gaybelline was violated for complaining that Old Man Winter came in his face.  You’re welcome?  Unless it was this guy: 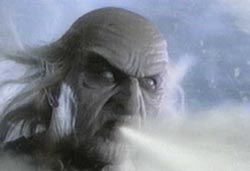 Then your friendly circle had some things to say, and then … we did not have a naming.  Sad face.