Visitor:  Rape & Spillage (he is going to be so mad I called him a visitor)

On-After:  Kelly’s Irish Times (aka Irish I Was Inside Right Now It’s So Damn Cold)

So uh, this is all I got in my notes: 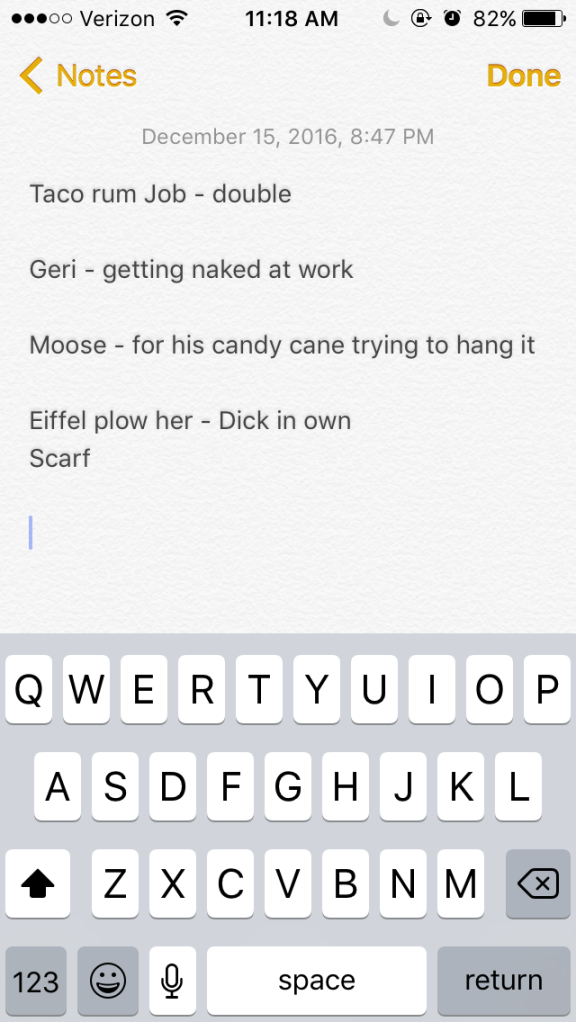 There was no solemn occasion, just teeth chattering and loss of feeling in toes and fingers.

And congrats to Shamrock Your Cock on her 369th run.  Thanks for the tacos!

On – Santa’s nose is red because he is an alcoholic – on,