The pack, a shambling mass, and was at rest. The weather had made, the wind was chill, and being 6:45 pm, the only thing for it was to come to and wait for the away.

(Note: in honor of the literary theme of the trail, this paragraph is an allusion to the opening of “Heart of Darkness”. Be simultaneously impressed and confused as to whether additional references await. The answer is maybe, if I think of something that works. The mind of a man is capable of anything. [Note on the note: that sentence was a pretty famous quote from the book, but I’m going to stop pointing everything out now.{Note on the note’s note: No I’m not.}])

The Hares, like my 2nd grade teacher, tried to make reading fun by turning it into a game! The pack pinged between tiny libraries, exchanging bad books for other books so bad, people put them outside in the cold to punish them. At last call the three books that remained were a student bible, a book about naval history, and “Heart of Darkness” (Haha! It all makes sense now!)

Other quotes from Heart of Darkness that sound dirty if you don’t know what the heart of darkness is:

Due to an unfortunate accident we will get to later, there was no naming this night. The pack retired. Some to Trusty’s and others into the heart of an immense darkness. (Modest nod to those who caught that that was the end of the book)

While most of you either slept in or dragged your asses to work to stare at blank screens and count the hours down, the WIE organizing committee woke to primary and secondary alarms to depart DC just as the clock hour hit double digits.

Some say the best part of WIE is the drive there: the excitement building about all the possibilities, the excellent Spotify playlist to get you in the mood, and the food at Wawa. They’d be wrong, but I can see how a rice crispy treat the size of a cinderblock could be in one’s top 7 favorite things about WIE. A great thing about Wawa is there is no pretension that their food is remotely fancy. As someone told me: “I ordered macaroni and cheese with chicken tenders on top. I didn’t have to make that up, there was a button for it.” I bought a single Reese’s peanut butter cup, just because that was an option. I don’t regret that 19 cent investment.

Maybe it’s Gaybelline led the pack in a bar crawl. He took us to two bars, the legal bare minimum for it to be considered “a crawl”.

On the walk over, Wait Wait Don’t Fuck Me was kind enough to play a song for us at the pedestrian crossing. Did you miss it? It sounded a little like this, but with more recollections from Lake Wobegon.

The locals must have known we were in town, because they came in finery to rival Truman Capote’s Black and White Ball, if the ball was held in the returns bin at a 1997 Wet Seal. Never in my life have I seen so many foam platform sandals and big toe tattoos. All the ladies had the same short asymmetric haircut. It’s like they asked for Miranda Lambert, but got Adam instead. 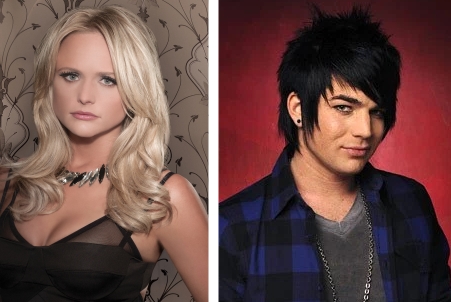 The bar crawl ended at The Sandbar, where hashers monopolized the karaoke queue from the jump. Which the rare exception, what we lacked in skill we made up for in enthusiasm. As one surprisingly self-aware hasher said, “I can’t sing, but I can entertain.” Apologies to the muggle who got the “alternative” version of the “Happy Birthday Song” sung to her by Nobody puts Gayby in the Corner. I’m sure she loved it.

After we are all filled up on Natty Lite, we went back to dance our feelings out. Thanks to I’m Tho Thor for fixing that pesky smoke alarm issue. Sometimes the best solutions are the simplest.

Additional violations from the night: 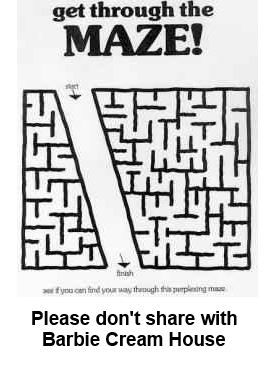 Day 3, WIE: A Brewery, A Bonfire, and a Bibliotecha

When: March 3, 2017
Where: Ocean City, Maryland (Coast Highway Line)
Hares: Imma fill this out later
Virgins: Just Brenda (That’s right! We had an honest-to-goodness virgin at WIE. Rethink your friends, Just Brenda)
Visitors: If you think about it, we are all visitors to Ocean City, aren’t we?
On-After: The Library

Throughout the weekend, All Flash No Drive did a superlative job in supplying the pack with Costco-sourced goodies. The only snafu was an inadvertent purchasing of plantains instead of bananas. I personally blamed her shopping assistant Rear Protein Injection for this mistake, since he’s such a size queen. I just wish people stopped being so nice and warning people before they tried to eat one. Sometimes you have to learn the hard way: after it’s already in your mouth.

Following a brisk first half that was much shorter than planned because the pack got confused and ran the pick up trail from the night prior (h/t to Kuter Kunte for haring 1.5 trails!), the pack enjoyed a repast at the OC Brewing Company. Such a wonderful selection of beers! Everything was so nice. So naturally we had to go and hash it all up. By the Power of Gayskull deep-throated one of Gaybelline’s horns. Dude, don’t do that in public. Save it until we get back to our room! Necrocancer reminisced about his childhood summers in OC. In addition to stealing cars to park them elsewhere (see his naming), he apparently also used to change the welcome sign at the local Catholic school to say “I touch boys.” Normally you’re just supposed to tell a trusted adult, but who am I to tell you how to share your story?

I was told that the second half of trail was long, hard, and fun (just like your… dad?). I wouldn’t know, and I’m confessing now in front of God and everybody that I zenned it.

In fact, it appears that most people at some point bailed on trail. Only Twatterboarding, Keebler Shelf, and Just Kevin made it the whole way through regular trail. They were a little late back because they took a break to have a margarita. Which honestly after that trail, who wouldn’t need a drink?

Special thanks to the Hares. It’s not easy to make a trail in Ocean Shitty fun and interesting. Maybe it’ll happen next year (Hey yo! Zing!)

That afternoon after the ballbusters got back from their Bataan themed trail, the united pack made their way onto the beach to circle around a smokey bonfire to try to asphyxiate ourselves. My notebook still smells like smoke and cheap beer. That reminds me, I should really call my grandmother.

Reports from the other scribes who were so kind to help me in this task.

Wait Wait Don’t Fuck Me on the Ball Buster trail:

And finally we held a very solemn occasion: An Intervention! That’s right, the hash took the opportunity of everyone being there to let Maybe It’s Gaybelline know how bad his mustache is. How bad is it?

We say these things out of love, and a little bit of disgust. Mostly disgust, actually. Like 80/20 disgust to love.

Additional Violations I didn’t weave seamlessly into the narrative:

A naming at WIE is a sacred thing. Like being born under a lucky star, WIE-babies are blessed. Only the smartest, prettiest, funniest hashers get named at WIE. Unrelated, this self-effacing scribe was also a WIE-baby. Welcome to Just Jai and Just Kaz!

Thanks to Coliteral Damage for stunting for Just Kaz’s naming:

Each WIE for the past 6 years we have recognized a special hasher amongst us who has gone above and beyond. Someone who exceeded the expectations of their neighbors and the functionality of their liver. This year, the august prize of the Rear End Loader award was given to Atari 6900! Congratulations buddy, you really did it.

Following circle, everyone scrambled into the Library for pizza, and Iron Bartender!

Your humble scribe was self-appointed to served as Top Judge for the Iron Bartender competition. While there were many years of training at the foot of mysterious college trashcan cocktails, this was not a job one man could do alone. Several others were enlisted and more than willing to critically judge all the mysterious libations (and their fellow hashers) that were brought to bear. Each was asked to write their recollections down on a card, so as to remain anonymous. Here are some of their comments:

Alas, the judges could not agree and the final winner was awarded by the most democratic of methods – yelling very loudly in an enclosed space. Congratulations to Nobody Puts Gayby in the Corner and No Strings Attached for their win with “Lemon Drop in the Pasta Pot.”

And with that, your humble scribe blacked out and nothing else of the evening was recorded.

Packing for a return is always tricky. How do I fit this new hangover I acquired? It’s so big. Luckily I left my dignity somewhere between the dance floor and my bed, so that made some room.

Note for future WIEers: a great recovery brunch can be found at Bayside Skillet. It’s a little hard to find, but go past the Dough Roller, and if you get to the Dough Roller, you’ve gone too far. I recommend the giant pile of potatoes and scrambled eggs. Spread for the City was so tired, when it came to pay, she handed the waitress a $50 bill and asked if it’s okay that she didn’t have the exact amount. She forgot that change happens!

If you’re lucky, you’ll be able to sleep all the way back to DC, waking only once to purchase yet another brick of puffed rice.

And then, once home, swear to yourself you’ll never drink again. For the month of March. Okay, the first week, until the weekend.

On- your intrepid reporter – on