Supporting Characters (Visitors): There were a few, but my notebook got wet

Developing Characters (Virgins): See above. There were a lot though, and Greatest Ho on Earth brought her mom

Congratulations to Wait Wait Don’t Fuck Me for alpha-ing his first trail, though with such a chipper theme as “World War I”, I look forward to his next trail about SIDS.

After all the chili was consumed, and we all struggled to make jokes that were about World War I and not about World War II (seriously, all the good stuff is WWII), we had a very solemn occasion. A Naming!

Just Kevin spends his days fighting international money laundering and climaxing in other people’s hats. One time he sustained an injury to the face from  “a vagina at a high rate of speed.” Ever the gentlemen, he finished. There were a lot of really good options which won’t be shared here in hopes that they can be used later. But because he once had sex with a goat, and was a very religious altar boy, we will now and forevermore be known as Cathlick My Baaaalls.

Writers for the second season after the Writer/Creator had to go to rehab (Hares): Maybe It’s Gaybelline, Mouthfull of Clams, yada yada

Much like the second movie in a trilogy, 1002 coasted. EWH3 fulfilled their Full Moon requirement by hosting a Friday night trail. The theme for the evening was incredibly creative: Beer. Seriously, best theme of the year. Be sure to vote for it when AGM comes around.

Overall it was windy and chilly. Special thanks to Mouthful of Clams for helping an injured hasher to the ER. We really appreciate you using your nurse fetish for good.

We had some laughs and chuckles. Afterwards we had a very solemn occasion. A Naming!

Just Fredrick hails from the exotic, frigid Great White North. For once, not Montana but Sweden! He sure does talk a lot about internet nerd things and pretty much lives on Reddit where he loves to read up on animated pornography that emphasizes consensual sex. There truly is a place on the internet for everyone. Because he learned to speak English from “Clarissa Explains It All”, the pack ably shoehorned as many sex puns as possible into that title so he will now be known as Clitarissa Sexplains My Balls. 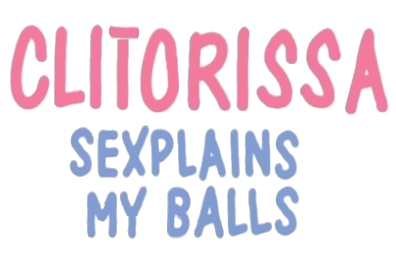 (Sorry, no Clarissa gif, as she was a child!)

Where: The Faraway Forests of Maryland

Finally, the main event. The thing we were all waiting for! PROM!

I think I speak on behalf of the kennel when I say it was the best prom ever. We didn’t even have to hide the beer, no one got “oops pregnant”, and Donna Martin still gets to graduate!

As a way to thank the organizers of the 1000 run for all their hard work, this scribe awarded them with the superlatives that their cowardly high school journalism teacher wouldn’t.

No prom is without a King and Queen. While the cummerbund covering Tragic Carpet Ride’s junk was a clear winner for King, the race for Queen came down to a walk-off.

Congratulations to GeriatricMandering for really stomping that runway. She is not just any EWH3 Homecoming Queen, she was ~the~ EWH3 Homecoming Queen. She didn’t dance with just a cummerbund, that cummerbund was on FIRE (no it wasn’t, be safe around formal wear y’all.) And just so you know, Marjorie, and your children will someday know, was the night the lights went out in Georgia. (link to teach the children)

After the scribes had their fun, and the pack had their eyes burned by the sight of Tragic’s, well, tragedy, there was a very special occasion. A naming!

Just Nelly joined us from Montana, because no one is Montana any more and she had FOMO. This was a special kind of naming because Just Nelly named herself when she told a story of a fun, innocent game she and her friends played at her high school prom. Ladies and gentlemen, please welcome

But wait! There’s more! Another naming for Just Katie!

I don’t have notes from this naming because I buggered off to drink lots of beer and my comrade in arms, Wait Wait Don’t Fuck Me stepped in. So here is what I remember from the bus: Just Katie is from the DC area. She went to Harvard. She made sure to let Wait Wait know to not forget the “d” because she too underestimates that simple face. The man laid a WWI-themed trail, Just Katie, he probably knows how to spell the name of the college he didn’t get into. And apparently while at Hahvard (Is that right? I never know because it’s such a complicated word) she had a secret threesome on a stage during Dead Week. So please welcome, Midsemester Night’s Cream!

Confession: that’s a total guess, I’m working backward from her name. Other possibilities: