Virgins: No one made it through Valentine’s Day with their virginity intact

What better way to spend the ides(-ish) of February than with a pack of drunks wearing pink? It was tres romantique! To me, poetry is one of the most heartfelt ways to show someone you care, so I decided to spread the love by sharing some of the works I penned under my nom de plume, William Shakes-beer.

Unfortunately, fate had another idea and we found ourselves at Caddies on Cordell. Ok, so maybe things weren’t happening exactly as planned, but we persevered. I present to you, an anthology of poetry, simply titled Trail Ten-Fiddy.

No matter how L’Chymen cried
She didn’t hear her plea
She ran across the playground
And pissed, behind a tree

Just Katie
Roses are red
Violets are blue
PITA brought her own damn mug
You should have, too!

Chaffed and Confused – a cinquain
Sea Sponges
Confusing, Wet
Sitting, Not Sinking, Floating
Who put them there?
Sea Sponges

TWINS! – an acrostic
(In honor of Bipolar Bear, You Can’t Handle the Poop, Schrödinger’s Cock, and Just Bro-I mean, Cody)

wo people that look alike

ho would have guessed?

ext time, don’t use bleach and 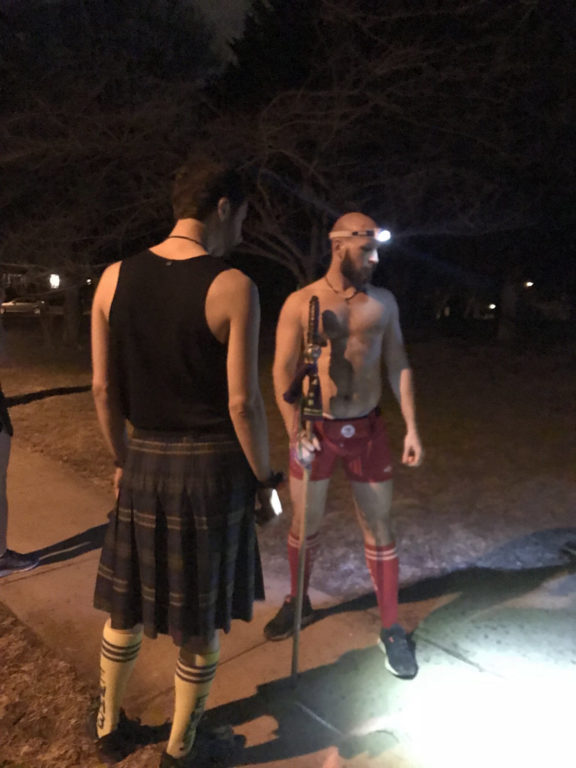 Deetz Nuts – a limerick
There once was a torch from the hash
Which Deetz thought he’d use to bash
Some tough thug of a man
Who had a different plan
And now Deetz has a really weird rash..

We were already at the bar, scaring patrons and making bad choices, so we stayed there for a while longer.

On – Be Mine – On
Poon-apple Juice