When: 6:45 PM Thursday September 20th, 2018. Pack away at 7:15!
Where: Eastern Market Metro Station – follow marks to start!
Hares: GeriatricMandering; Colliteral Damage; Cheech and Dong; Son, What the Fuck; Vaginal Countdown; Rosetta Bone; Deathly Swallows; and Rail Mary
Virgins: Just Riker
Visitors: Fully Drunktional, The Virginator (who is currently homeless), and some foreign wanker whose name I never got, but it’s ok because he didn’t let himself out of the circle. Some say he’s still there to this day.

Honestly, everyone, I sat here for a good ten minutes trying to figure out how to say “Octoboo-er.” I gave up, had a drink, and got spooooooky instead.

and then I made my way down to Eastern Market.

Other things that got spoooooky:

Following a small course correction to account for a party (of ghosts?), we got down to the nitty-gritty:

Twinkle, Twinkle Little Cock brought (gallons of) Twinkle Juice and also literally forgot the word for consent. Much like our repressed memories of summer camp, this is going to haunt us.

L’Chymen hobbled along on a broken foot. Who knew foot jobs could get so violent? (spoooooky feet)

Speaking of violence, Schrodinger’s Cock reminded us that all it takes is one quick smack for him to make a mess. (a spoooooky mess)

Uno, Dos, Tres Liftoff is gearing up for her second campout in a row. Guess she really appreciates a nicely pitched tent. (spoooooky tents)

Much of the pack was worried that our virgin, Just Riker, was r*ce-ist. We were relieved to find out that he’s just into water sports. (spoooooky water)

Stain Gretzky was overheard complaining about some dribble. She really needs to learn to swallow.. her pride.

Just when we thought it couldn’t get any spookier, we were possessed by a very solemn spirit for …

The Naming of Just Jones

Just Jones, a former pet store owner from Texas, propositions strangers on a daily basis. They think humans are easier than animals and are a fan of back porches. They’re not significantly mean and enjoy books about Narnia. They’ve fucked their way through New York, the Vagina Monologues, and their art classes model roster. They like it when it goes swish (No, I have no context for that comment) and know that the most important thing to grab in a hurricane situation is whiskey. They once helped a mom dig an irrigation ditch, which was impressive enough. It was all fun and games and irrigating bitches until we learned that Just Jones has a twin! It was this revelation that led Cum Peg Me to name them… 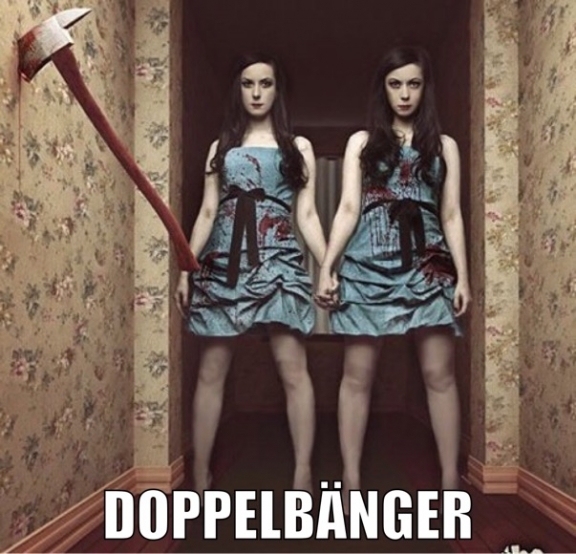 On – It was a graveyard smash – On
Poon-apple Juice