Weather: I don’t remember. As enjoyable as Thor’s back hair?

On On On: Carpool

Visitors:  3 Licks to the Center of a Titty Pop – Hillbilly, Squid (I have no idea where they’re from or if that’s their full name, that’s all I’ve got!); Cinderfella – transplant from Pittsburgh, Spelunk My Junk – transplant from LVH3

And the third V, VIOLATIONS!!!!

Little Thunder Clap was bragging about this amazing invention he created: the bromosa. Which is a mimosa you drink while in a hot tub surrounded by men after eating brunch. I think you’re officially more gay than Twinkle! 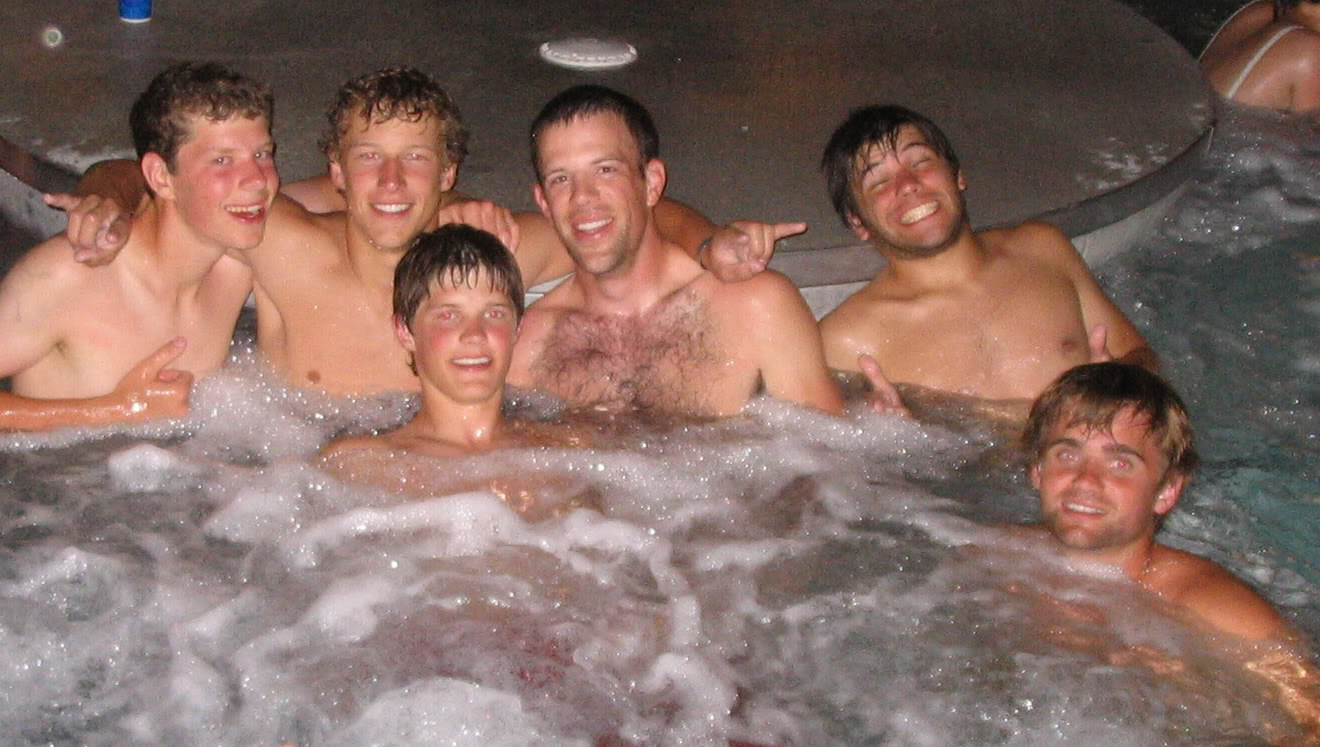 (LTC’s friends. After hot tub time they put on pajamas and talk about their feelings.) All Flash No Drive was overheard saying that when you’re too drunk to talk to your friends, “making out is basically an aggressive way to say hello.” Which is okay, because…

Virgin Queen earlier today VQ was complaining of a tingling and burning sensation on his foot. If it looks like chlymadia, feels like chlymadia… Whatcha been doing with that foot, VQ?

You Sucked My Battle Dick was overheard saying “sometimes a little squirt is refreshing.” And to that we say…

Just Paul took a faceful on trail… Of dirt. Which is not a cute nickname for Dragon. Yeah, I went there.

Schrodingers Cock was wondering how many freezers his Sperm was sitting in. I don’t want to know.

Just Ian went behind a dumpster and humped a cone. I know your sex ed teacher said safety first, but I don’t think that counts.

Just Dean is ginger from Virginia, attended Virginia Tech with a focus on Economics, and currently works as a Web Developer (good thing he majored in Econ!). Lost his virginity at fifteen after riding his bike over to a girl’s house, where they had awkward teen sex, and he promptly took off to go play soccer. Worst sexual experience involved a futon and a cat-like female who scratched him so hard he bled through the night. The meanest thing he’s ever done involved throwing a female in the pool, who promptly got him back by putting him in a headlock and throwing him in the pool. Which really should be the most embarrassing thing that’s ever happened to him, but I digress. Just Dean threw up in a sombrero after spending a whole, glittery night in a gay bar in Colombia and failed to get hit on once. #ShameVomit. Several name suggestions were thrown out, including Tour Duh Pansy (which autocorrected to Tour Duh Pantsuit), Blood, Sweat, and Queers, and La Ginger-acha (then she choked me in the pool). The hash voted, and hence forth and forevermore, Just Dean will be known as La Ginger-acha (then she choked me in the pool), to the tune of La Cucaracha.
On- I’ve been hit on by more gay men than this guy- on,
Mr. hEd